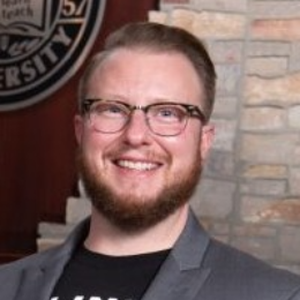 Offering personalized consulting services for institutions seeking to integrate empathic, trauma-informed practices at all levels of the institution.

Part One: Teaching Discomfort and Shelters of Exposure

Special thanks to Dr. Lauren Herold for reading and offering extensive feedback on earlier drafts.

Part One: Teaching Discomfort and Shelters of Exposure

We humans, as learners, are capable of deep passion and drive for exposure, newness, and change. To be in the midst of learning is to be exposed to strange things that aren’t ourselves, that fall outside of what we already know and that unsettles who we think we are. It can be thrilling; but, at the same time, continuous, full-on exposure to unmediated intensity of massive change and compounding complexity can shut down learning and spring denial or other retreats to shelters of self-protection.

I was trained from the age of 3 to be a musician. In my family, music was the sun we orbited. When I left home for college in 1996, I did so to be a professional trumpet player and music educator. Besides a brief departure in high school when I decided instead that I wanted to be a parapsychologist (perhaps a separate blog post warranted there), I had never considered doing anything else with my life. Here’s a bit of context about me at 18: I was AFAB, newly out as lesbian, experiencing significant family of origin (FOO) trauma, white, and had grown up in a southern Chicago white flight, redlined suburb that had just replaced the confederate flag as its high school symbol. In other words, I arrived on campus as many of our students do: quite literally clueless about everything outside of a tiny bubble of fragile white experiences and navigating significant familial and identity-based trauma.

During that first semester, my inner and outer worlds unraveled quickly. I was away from home for the first time, my parents entered a violent divorce, and my mother--an opioid addict--repeatedly attempted suicide while my minor sister was in her care. Eventually, my parents stopped sending tuition payments and supplemental financial support.

At the same time, I was free to explore my gender and sexual identities for the first time. I encountered a liberal arts curriculum that challenged my deeply held beliefs and assumptions about the world--a practice Megan Boler calls a “pedagogy of discomfort” (1999).

As an example, here are merely a few things I learned during my first year of college that--without hyperbole--directly unsettled who I thought I was.

By the second semester, I was pretty threadbare. My parents were calling DCFS on each other and stopped sending financial support. I increasingly relied on my friends in the food industry to slip me leftovers. I was self-medicating with alcohol, and my grades were sliding fast. I have a vivid memory of coming home after one of my “American Diversity” class sessions, having just heard a lecture on how white colonizers gave smallpox-infested blankets to the local Indigenous community and crying for hours.

I was wracked with white guilt, with guilt about not being able to protect my sister, about being queer, about failing my classes. I could no longer afford my textbooks, so I just stopped attending. No one asked questions. Not a single professor checked in.

To use Kruse and Ellsworth’s words, none of the above experiences were myself; they were decidedly “not myself.” For a long time, these unraveling experiences actually triggered sophisticated defense mechanisms that, combined with the family trauma I was experiencing, made it extra threatening for my “awakenings” to clash with my FOO’s value systems. This is a complex theory; I won’t tease it out too much here, but the point is that even if we teachers believe we’re simply “telling the truth of history” or “imparting disciplinary knowledge,” in actuality, we’re likely inflaming defense mechanisms that work counter to our pedagogical aims.

Yet even during personal turmoil, young people crave newness and change, authenticity and passion. I certainly did. I lived for being unraveled, strangely; it’s just that it was all too much. Amid significant personal trauma, these experiences were thrilling and terrifying; they prompted my exit from music performance and into a career in education, a future focused on making this transition easier for others. To explore how we can offer these thrilling experiences for students while also understanding that the vast majority are likely being multiply unraveled, I want to think through what it means to make our classrooms safer and more productive for pedagogical discomfort and the generative changes education can provide young students.

Kruse and Ellsworth, founders of the art and education nonprofit smudge studio, describe the places where humans can interact safely with the life-changing effects of the natural world as shelters of exposure (“Shelters of Exposure: Giving Form to Interdisciplinary Exchange,” “Pleistocene Modern”). I spent an afternoon with the pair in a parabolic dune in Provincetown, MA, because we wanted to experience how the colors of the landscape interacted with the incrementally shifting sunlight from the inside of an ancient geological phenomenon, thus deepening our connections with and sense perceptions of time and place. To do so, however, we needed a shelter to protect us from the harm of extended exposure to the heat and sun’s rays, so we took along a small beach tent. This tent became our shelter of exposure.

I imagine us seeing everything from another place--

the top of one of the pale dunes, or the deep and nameless

fields of the sea.

And what we see is a world that cannot cherish us,

but which we cherish.

And what we see is our life moving like that

along the dark edges of everything,

believing in a thousand fragile and unprovable things.

--From “Coming Home,” by Mary Oliver

These lines from Mary Oliver’s poem “Coming Home” encourage me to merge the concepts of a shelter of exposure and what we ask students to do in our classrooms--to believe in “a thousand fragile and unprovable things.” If the exposure helped me “see everything from another place,” and Oliver suggests we must, then the shelter made it possible--else, the exposure could have done some real damage (or at least given me a nasty sunburn). It’s not terribly unlike being invited to sit in a scorchingly hot dune for hours on the word that my life will be changed when I see how many different blues one sky can be in a day. On faith, I went, and the experience changed me, but I could not have stayed very long without the shelter.

As Kruse and Ellsworth note in the epigraph, strange exposure is also a metaphor for what sometimes happens to students, often for the first time, in our classrooms. We tacitly ask students to undergo enormous personal and intellectual changes in our rooms--to risk the exposure that often changes them profoundly, their sense of self and their relationships with the people they leave outside the classroom doors.

Building shelters might be considered a trauma-informed practice. Why? When students come to college, it’s statistically probable that they have experienced or are in the middle of a traumatic event. Moreover, it is statistically likely that they have an elevated ACEs score. Multiply marginalized students are also dealing with added cultural traumas (attending a PWI, being constantly microaggressed, not having gender-affirming tools for self-identification, being a neurodiverse student with an unsympathetic professor) that nip at cognitive bandwidth daily. Even for students with the privilege of a relatively unscathed existence, building shelters helps create conditions that combat what some educators experience as defensive, unproductive cognitive dissonance.

Interested in learning more about stress, trauma, and the brain? Watch this fantastic video with Dr. Bruce Perry as he explains to teachers the impact of stress on students’ and teachers’ brains. Stress, Trauma, and the Brain: Insights for Educators--How Stress Impacts the Brain

Students in your classroom may be unraveling intellectually, socially, emotionally, religiously, and existentially; these experiences are stressful. They are stressful on top of stress.

Two days ago, I was teaching about argumentation when I felt the energy in the room bottom out. I stopped and said, “Woah. Did anyone else feel that?” A few heads nodded. “The energy in this room just hit the shitter.” A few scattered laughs. I asked a few questions about their other classes, midterms, and double work shifts, but nothing was hitting. Jokingly, I said, “Or is it just the unending terror of compounding existential crises like student loans and climate change.” As if by magic, the classroom sprang to life. Everyone started talking at once about their constant feelings of fear and dread. This moment stayed with me because it felt like confirmation that young people are always activated, and by activated, I mean this.

So if we’re like, “Okay, class--today we’re going to practice understanding the rhetorical triangle by analyzing this short essay on climate denial,” or “Now we’re going to talk about the metaphor of oppression made popular by feminist scholar Marilyn Frye” or even if we use a critical pedagogical method (like teacher decentering, strategic silence, or grading contracts), we are activating students’ by design; we are wholly dependent on cognitive dissonance to help point out consistencies in thought and feeling, which in turn push students towards being more reflexive, critical human beings.

Then chances are shelters of exposure aren’t merely something we should build for what we might perceive as a minority of students with trauma/PTSD/E and/or elevated ACEs scores--we should build them for everyone as a way to turn down the temperature so that we can be changed by these experiences.

That was a lot. Let’s take a bit to digest all of this information.

Next month, I’ll return for some of the more successful “shelter designs” I’ve created over the years. In the meantime, please feel welcome to share your comments and ideas in the comments section below.